MVS for AS/400: Version Notes for Integration Print

PC*MILER-AS/400 Multi-Version Switch is licensed in addition to any PC*MILER versions a company has purchased. You will have to make use of the “MV” request to verify what versions are available. Passing blanks will result in the use of Product0 from your Srv32.ini file.

For Versions 27 and Higher

Starting with Version 27, socket software is now automatically installed. Instead of running a self-extracting zip file like V27MVS.exe to install the socket layer for your MVS, usage will be installed automatically. Be sure that your 25-digit product key code includes the MVS Connect component as in the following example:

IMPORTANT: Do not rename the PCMILERXX folder that gets created!  Having ‘PCMILERXX’ as the parent is required

NOTE: Some features supported in PC*MILER Connect are not supported in MVS, including RouteMatrix, RouteSync, Time-Based Routing, Traffic, and Weather. Also, the API PCMSGetFmtMatch4 is currently not available for MVS.

Up until Version 20.1, there was only a .0 release of the Tolls products and the convention for the PC*MILER version code was to end Tolls versions with a capital “T”, for example, “18T”.

The first two characters of the four character “Request Sequence” have been remapped to hold the Borders and Ferry flags. Historically the Request Sequence values have been ignored by the PC Distance Server. Unlike other trip options, Border and Ferry settings are not echoed back in the responses from the PC.

For  the Optional HazMat Routing package, two new routing types have been added: Caustic and Flammable.

For Versions 17 and Up

The only way to take advantage of this new functionality is to pass in the new code in position 1 of the Request Options.   (See new codes below.)

Previously the five available codes were:

Use of the old codes is still supported, no changes are required. Old codes for National Network (N), Toll Discouraged (T), and 53 Foot Trailer (5) will be generated using the Practical network. Changing this default to the Shortest network is not possible.

The HS (Turn-by-Turn Driving Instructions) return packet was changed from previous versions. The fields for Route and Interchange were lengthened and the number of sets of route information was reduced from 4 sets per packet to 3 for the original release of the MVS and Tolls servers and to 9 for this release. 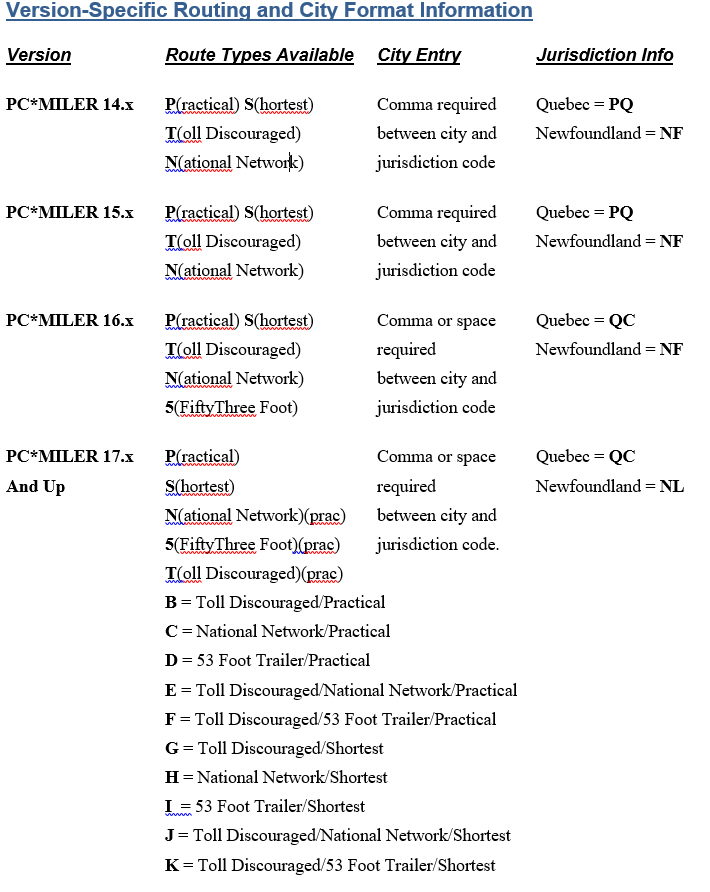 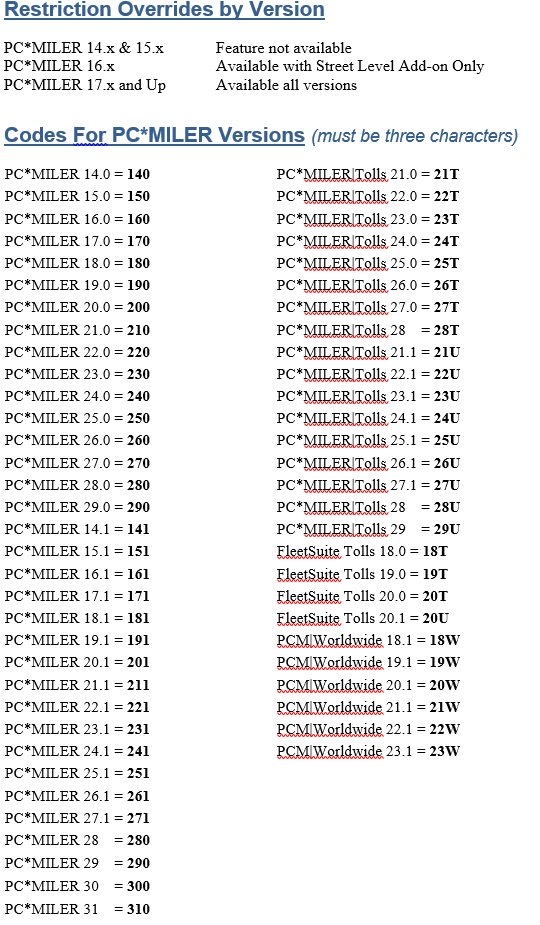 Send feedback
Sorry we couldn't be helpful. Help us improve this article with your feedback.

Send feedback
Sorry we couldn't be helpful. Help us improve this article with your feedback.
Have more questions? Submit a ticket